Hundreds of abuses around cryptocurrencies; action is not forthcoming

In the past year, Dutch financial authorities received hundreds of reports about possible abuses with cryptocurrencies. However, action was largely lacking.

BNR asked the Netherlands Authority for the Financial Markets (AFM) and De Nederlandsche Bank (DNB) how many reports they received of abuses around cryptocurrencies. The AFM received 303 notifications in 2021, almost double the number in the previous year. The DNB speaks of ’10 to 12 e-mails and phone calls’ about cryptocurrencies per week, which amounts to more than 500 per year. ‘These are usually questions’, says spokesman Bouke Bergsma. Despite repeated requests, the DNB cannot say how often abuses are reported. DNB maintained twice

However, this deluge does not yield much concrete action on the part of the supervisors. According to them, this is the result of political choices. The AFM says it has no mandate in the field of cryptocurrencies. The DNB says that its enforcement around cryptocurrencies mainly focuses on the registration obligation for cryptocurrency exchangers. ‘There is therefore no supervision in the Netherlands, not even from DNB, that provides for, for example, the protection of the small investor’, says spokesman Bergsma ‘or any other form of regulation of the market.’

According to their own figures, the DNB took action to enforce this rule twice last year. This included an official warning to Binance.Crypto sector demands tougher action

‘Play for the stage’, says Simon Lelieveldt. The independent expert in the field of crypto regulation wonders why the DNB does not immediately issue fines to violators. ‘They let market parties in the Netherlands suffocate by not enforcing.’

The lack of supervision by DNB stings crypto companies the most. ‘You can see that the AFM itself takes a broader and more proactive approach to their task, while DNB does less than the minimum’, says Lelieveldt. Lelieveldt cites as an example the warning that AFM gave in December, for example, to so-called ‘finfluencers’. These would potentially break the law by advertising cryptocurrencies on social media. Nevertheless, here too it remained a warning.

Due to this lack of enforcement, consumers are easy prey for rogue crypto traders. For example, BNR previously revealed that thousands of young people purchased a token that was put on the market with the help of former Ajax director Marc Overmars, among others. “A totally non-product,” says Aäron Loupatty, creator of the Crypto Cowboys podcast. Loupatty identifies ‘a large grey area’ in cryptocurrency regulations in which criminal law offers no protection. ‘Cowboys do what they want in it.” Let offenders pay for supervision.”

According to the DNB, new European regulations (the Micar Directive) offer the prospect of expanding supervision, although the AFM considers the appropriate party to tackle this. In the meantime, the supervision of cryptos remains ‘limited’, in the words of the DNB.

Crypto companies are obliged to pay DNB for this limited supervision: a total of around 2.7 million euros. Patrick van der Meide of the United Bitcoin Companies Netherlands (VBNL) believes that the sector gets little value for this money. ‘You can see that there are still major players on the Dutch market operating without a licence’, says Van der Meide.

The VBNL therefore wants these offenders to pay for supervision in the future. The DNB would have to collect fines that could be used to finance enforcement by the authority.

Related Posts of "Hundreds of abuses around cryptocurrencies; action is not forthcoming"

Best Cryptocurrencies 2022Which cryptocurrency is going to be promising in the future? We can not predict anything in such an uncertain environment, between epidemic and economic u...

Here Are The Top 3 Cryptocurrencies For Mining In 2021!

Why did the value of bitcoin fall sharply? The keys to understanding the movement in the crypto market

Monday has been a difficult day for cryptocurrency investors after bitcoin (and the entire market) suffered a sharp decline in its value in global markets.The world's largest crypt...

The migration of value into the digital realm brings with it new challenges in terms of best security practices. As with any unit of value, there is always someone, somewhere that... 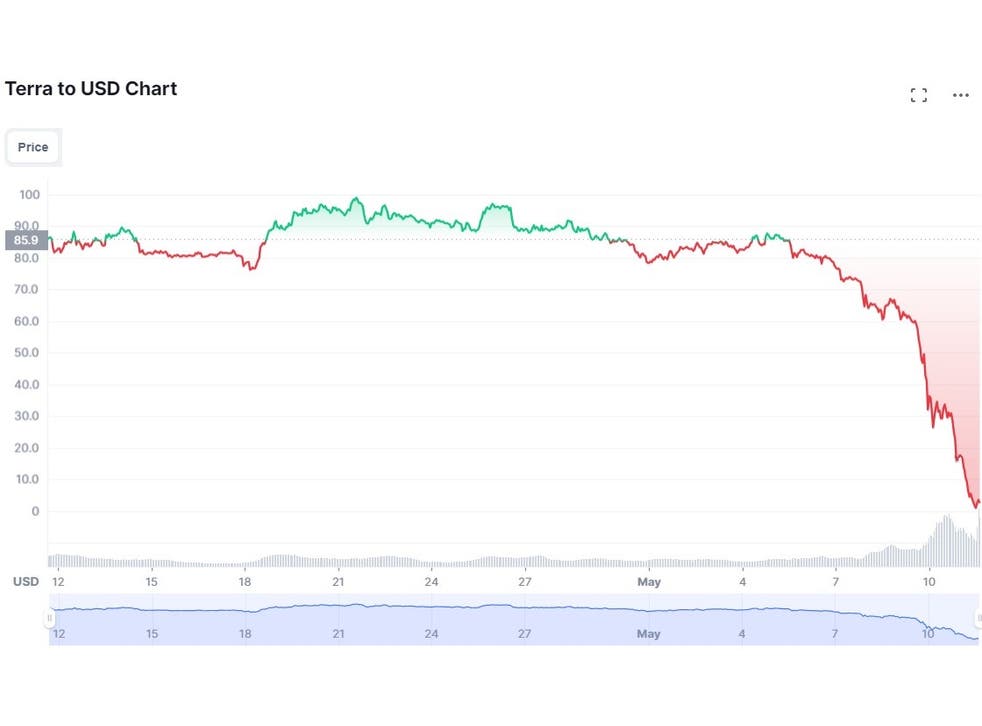 After 6 months of reaching its all-time highs, Bitcoin drops its value by 50%

Six months ago bitcoin, the best-known cryptocurrency in the market, reached its all-time highs at $68,991, but has since fallen almost 50% in a context of tightening monetary poli...

The Currency of the Future: What is Cryptocurrency?

The interest in crypto coins, which have always been on the agenda recently and are accepted as the currency of the future, is increasing day by day. Whether their value decreases...

Many people don't know it, but there are hundreds of cryptocurrencies similar to Bitcoin. Among them, several dozen are certainly...